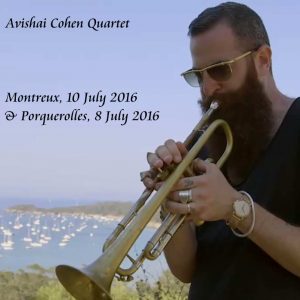 avishai cohen (trumpet, not bass) is someone who only came to my attention last summer, which seems already so far away as we have the first snow of the season.  he’s phenomenal, how can i have missed this guy for so long?  time to start listening to more radio again, maybe wpfw-fm online (an old favorite from my days in washington dc).

the shows that i have are all mp2 or video, so that’s what here.  first, we have an hour & a quarter in montreux last summer, and then a bonus since mp2 takes so little space:  a short video from porquerolles just two days before that (i’ve also demuxed the audio for you, but haven’t the patience this week for tracking it).   the disk cover uses a screenshot from the porquerolles video.

btw, most of avishai cohen’s cds are available on anzic records through bandcamp. 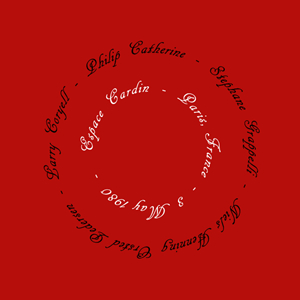 here’s a show featuring nhop – niels henning orsted pedersen.  a danish friend of mine & i were talking about nhop, so i ended up listening to most of the shows that i have with nhop (before making copies for her), and plan to share a few of those here.  unless i get distracted, in which case there’ll be something else.

speaking of nhop…. over on ubu roi, you should still be able to download hank mobley in copenhagen, march 1968, featuring nhop along with albert ‘tootie’ heath & kenny drew.  and the last posting at bogard’s jazz spot is available: martial solal & nhop, at the philharmonie in berlin, november 1976 (it’s mp3 though).

seeder’s comments:
i recorded this with my akai reel to reel machine in 1980.
this deck lost condition some years ago and i recently did my best to give him
a better health.
so, at the moment, i’m able to rip some old interesting recordings.
this one never saw the light of day until now and i don’t see any other version
of this show on the tracker. 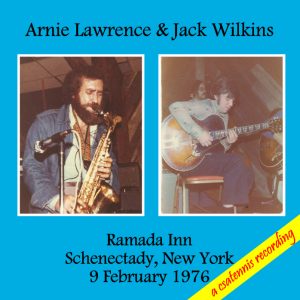 this is another of the fantastic csatennis recordings from the schenectady, ny area in the mid to late 1970s.

he describes this as

this is an incredible recording in my opinion and perhaps my most important because it details a period on arnie lawrence’s career that has not been captured commercially.

yup.  couldn’t agree more.  this is an amazing show, and my favorite of the csatennis schenectady/albany recordings that i’ve heard.

the photos in the cover were included in the seed on dimeadozen.

source: “two microphones on stage and sat with a cassette recorder at a table next to the bandstand.”
other csatennis seeds have lineage along the lines of “cassette->audacity->wav->tlc->flac” 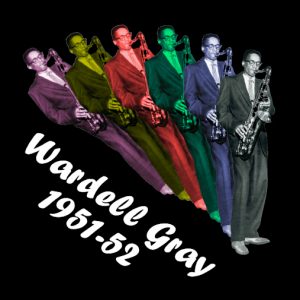 going back a good way now.  i think this has been floating around the internet for awhile, and with good reason.  as ‘doinker’ said in the seed on dime… “an absolute must-have gem w/chet baker, count basie and others’.  it really was a great loss when wardell gray died at just 34 years old.  rip.

there’s a great website on mr. gray, that’s worth a visit also:
wardellgray.org

[update 29 nov 2016:  see comments for improved setlist details.  updates to this posting & to the covers to follow.]

lineage birdland: boot lp “featuring wardell gray” (ozone 6) ->technics sl1200mkii ->echo layla 3g ->sound forge 6.0 ->click and crackle reduction ->audio restoration suite (no nr). left and right channels were combined at 50% each into a single track, then the track was split at 100% for two channels. this is a mono, two-channel recording.

lineage trade winds: boot lp “jam session record no. 103” (js-103-a/b) ->technics sl1200mkii ->echo layla 3g ->sound forge 6.0 ->click and crackle reduction ->audio restoration suite (no nr). left and right channels were combined at 50% each into a single track, then the track was split at 100% for two channels. this is a mono, two-channel recording.
assuming there’s no phase shift or other issue between the two channels, combining then splitting them again can produce a much cleaner sound. i’d recommend you test it first to see if it works on your particular set.

wardell gray was one of the rising stars of post-war jazz, until his life was cut short at 34 under mysterious circumstances in las vegas. he would be much better known today had more recordings existed of him. he was a featured player with earl hines, count basie, and benny goodman and was a friend and frequent player with dexter gordon. his style was strong, powerful, and most importantly it was relaxed. this is not big-band music, but it does derive from it.

the early 1950’s was a wonderful time for jazz, particularly if you lived in a big city. it was a time when you could walk into a small club and hear the likes of miles davis, charlie parker, chet baker, dizzy gillespie and others. in one respect it paralled the very early days of the modern rock movement, circa 1967. none of these people were stars to the extent that they are today and you could see them in small group settings in an intimate atmosphere. although 52nd street in new york was the epicenter of the small-group movement, you could find it in many other large cities.

this torrent consists of two completely different sets of circumstances, which somehow fit together perfectly. the first part is a radio broadcast from april 28, 1951 at birdland. it’s of count basie’s group in a small setting, featuring mr. gray blowing on the following tracks [tracks 1-9]. the second part is a jam session at “trade winds” in inglewood, california on march 24, 1952 [tracks 10-12].

well, quite the week what with the elections & all.

here’s something to get your mind off that:  a smoking performance by the bobby watson trio.  i’ve included the comments from the dime seeder (‘iceman’) for a change.

original seeder’s comments:
very cool one-off show by one of the best alto players out there – bobby watson. was a huge fan of
bobby watson & horizon through their heyday during much of the 90’s. “the inventor” & “post motown bop”
were amongst my fave albums at the time. this gig features bobby playing exclusively standards in a trio
format with his regular bass player, essiet essiet and george cables on piano. bradley’s was the
quintessential nyc piano bar/musician’s hangout. a who’s who of jazz pianists took up residency there. as
was usually the case at bradley’s there was no drummer but bobby swings like crazy. obviously drums would
normally cover up some of the bar “noise”, on the other hand, mic placement was so close, who cares …