i’ve started another project (not that the internet archive project got very far):  the nrk archive project, available from the ‘archive’ menu at the top. 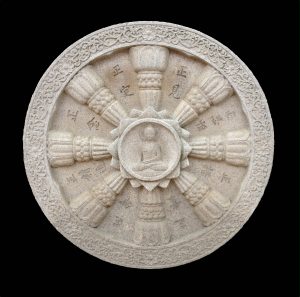 now it’s time for some pharoah sanders!  i can’t really listen to very much & do anything else, as it’s just too distracting.  so giving this a good listen has been difficult, but now it’s the weekend… enjoy!

times (in parentheses) are actual track times.
times with “a” or “b” are per the pharoah sanders sessionography at
http://www.angelfire.com/id2/laotan/1985.html
a – from tv transmission.
b – audience recording
so this appears to be the audience recording. 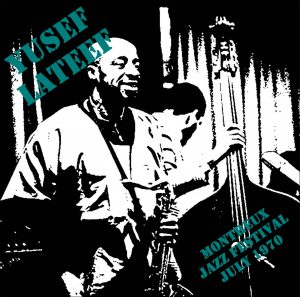 well, following through on the ahmad jamal – yusef lateef show… i was going to upload an absolutely amazing show from 6 dec 2008 that mbutchko shared on dime a day or two after the show (yes, mbutchko who recently has shared some phenomenal pharoah sanders shows that got me started on a jamal-lateef-sanders kick again!).  but that is available on line at metarecords.com, which appears to be the label of adam rudolf, one of the musicians that night.  you would be well advised to follow those links & check it out, maybe buy it (i plan to, now that i realize it’s out there).

however, here’s another fine show, from the 1970 montreux jazz festival.  this has been shared elsewhere, including on inconstant sol and ubu roi (not once but twice).  but the links are all dead, so here’s a fresh share.

one of my usb hard drives went belly-up lately, and so i replaced it & in the process rearranged all my hard drives & backups.  the files all move ok, but i find that the folder datestamps are all wrong, which is a pain.

i couldn’t find any routine that would do that quickly & easily.  so i wrote (and so i’m sharing also) this windows powershell routine to correct the folder datestamps.  the timestamp turns out to be midnight (00:00) but i didn’t care about that.

to run the routine

note! the routine fails on all but basic characters, and on a lot of them too.  so folders with names including @ [ ] & and some other characters are a problem.  (i fix that when i create the ps1 batch file in excel, actually.)

including the ” as shown above, where
.\  is because i copy the files into the same folder as noted above
folderdate_v3.ps1  is the name of the routine to run
“foldername” is the name of the folder to update
“yyyy-mm-dd” is the new date stamp (e.g. “2016-06-01”)
“reference” is any text you want (it will display on the output but doesn’t actually do anything

this file can have as many lines as you want, 1 line per folder to update.

this is stored in a separate .ps1 file.  i called my file ‘folderdate_v3.ps1’

an ‘mbutchko’ uploaded a number of great pharoah sanders shows from 2001, which reminded me of a some performances by ahmad jamal quartet with guest yusef lateef.  three of my longstanding favorite musicians.  here’s one of the jamal/lateef, as a segue to yusef lateef or maybe pharoah sanders instead.