piano & guitar is a great combination.  and then when you add in harry sweets edison & james moody on a few tracks…

‘survivor69’ who uploaded this on dime in late 2010 called this ‘this is “average” jazz (and i nowhere mean it badly) like you heard it hundreds of time‘.  maybe…  i was listening to it earlier today, while listening to it while working away like mad, and it was just right for the moment.  maybe ‘straight jazz, no pretensions’?  be that as it may, i listened to another rosario giuliana show, from 2001, which was also good, but not quite such a fit for my mood.  so you get this one.

introducing his latest album “lennies pennies” (dreyfus jazz, 2010), strangely without his usual cohort pieranunzi, this is “average” jazz (and i nowhere mean it badly) like you heard it hundreds of time. but it kinda rocks, i would say… also included in the folder, marked as track 00, an introduction and telephone interview in italian with giuliani – this interview runs for 12’55”

sample:  t05 74 miles away
t06 how deep is the ocean.mp3
download:RosarioGiuliani_2010-04-26_ParcoDellaMusica_RomeItaly.zip

i ran across this just after posting the jazzmeia horn show, and they’re good companion pieces, even if this is more than twice as old as ms. horn!  this lh&r show seems to be all over the internet (mostly bootlegs), but it always comes back to gordon skene.  and this version too was originally from an mp3 on mr. skene’s past daily website, where he describes lambert, hendricks & ross as

mr. skene shares untracked mp3s, but (unusually in my experience) at a good quality: 320 kbps, which is much appreciated.  and the sound is very good.  so i made an exception and converted it to .flac & tracked it.  it was a great fun giving such an inventive & playful show a really serious listen, while tracking it.  this is as fresh today as it was in early 1962.

actually, mr. skene shares a heck of a lot more than music, never mind jazz!… i spent (definitely not wasted!) as much time on his past daily websites as i did tracking this.  probably a good deal more time.  you should definitely go have a look.

song titles per https://www.israbox.cc/index.php?newsid=3137559094 , with a few changes
(corrections, i think…). my tracking is not precisely the same as their listing,
including in particular that i’ve split out a lot more song intros (generally, i split
them if over 25 seconds). also, between “avenue c” and “cottontail”, there is a 10-minute
piano solo, not listed on the israbox setlist, which i think is a gildo mahones solo.

this is another of the few shows that i download from dime and almost immediately post here.  this was uploaded on dime by ‘kingfrippson’ earlier this month and i just absolutely loved it.  not much else to say?  next stop, an online cd purchase, perhaps? 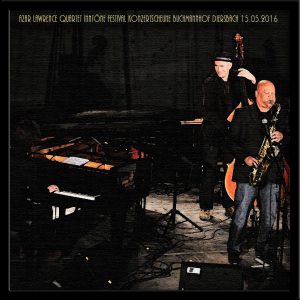 here’s one of the shows from our little trip over the holidays.  another of the many shows shared on dime by ‘unclewolfi’.  lets give him a tip o’ the hat.

covers: from files shared by unclewolfi

happy new year!  i’m on the road visiting family, and using my trusty mobile wifi unit.  just relaxing before meeting friends later, and can’t take the heat in the living room (literally… it feels like 35 degrees [like 95 or so, if you’re in the u.s.] in there, i keep passing out from the heat).  anyway, loaded up a thumb drive with a mix of concerts in mp2 format (which play in the car) & ripped cds, for the drives.  this was one of my favorites from the former, so far.  and the slim mp2 format won’t overtax the trusty but slow-uploading “mifi”.   this was another dime u/l by ‘hamhen’, back in 2013.  see below for a list of the other mp2 shows.