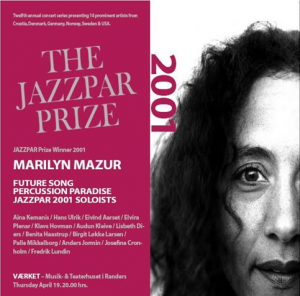 marilyn mazur is one of those names that has seemed to float at the edge of my awareness – recognize the name, know i’ve heard some, but beyond that not much.  so at some point recently, i downloaded several of her shows from dime to try and rectify that situation, including this one (which was up on dime around 18 months ago).  a lot more percussion than what i normally listen to, which is very refreshing.   but not music for my car or for working… more for sitting and listening to.

well, this has been something of a run, between posts here and to dime.  but i think it ends with this charming show by twana rhodes (who i’d not heard of before).  this was combined with a show by dianne reeves in a video, but i quite preferred this show.  so i’ve split it out into a separate video file and (very unusually) am uploading the video here, with an added bonus (here only) of demuxed, tracked, audio (in the original ac3 format).  learned a bit more about using ffmpeg and had some fun.  good thing i quite liked this, having listened to it around 3 times in the process.

original lineage:
all tracks are vhs rip via videoglide to an uncompressed .mov file then edited encoded via final cut pro.

additional lineage:
this was one of two shows shared in a single dvd-format (vob) video: twana rhodes & köstritzer band at
jazz baltica, salzau, germany sometime in the 1990s, and dianne reeves at jazzfestival bern, bern,
switzerland sometime in 1994. the video was converted into an mp4 container, which itself was then split
into the separate concerts.

original seeder’s comments
this dvd is part of a series of vhs rips from my collection of jazz originally broadcast on european tv satellite
networks from the years 1993 to 1999. i was in the process of disposing of many vhs tapes and thought it was a shame
not to capture these gems as they provided a lot of enjoyment for me in the pre youtube days.

video quality is as expected (or maybe even slightly worse then expected) from a 15-20 year old vhs cassette. some
audio clean up (noise reduction in audacity) was done on some rips there was constant noise throughout. audio ripped
from the encoded stream using mpegclip improved using the noise profile feature in audacity. i believe the results of
the audio editing won’t have many complaints. 🙂 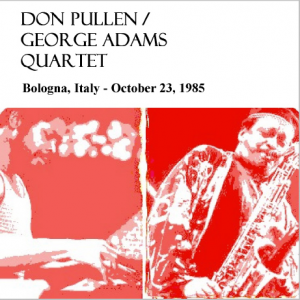 it’s been a seriously don pullen – george adams day around here.  i’ve listened to must be 4 or 5 concerts, over 10 hours of music.  been working, been working, but i still got a long way to go.  started the day with the django bates concert that i’d been messing with last weekend, thought i’d finish with one of these shows.  in this one, that was shared by bluenote2005 in sept 2007 (which was a good period on dime for pullen-adams shows, btw), the taper’s self assessment is about right: source aud, sound b.  maybe a little bit better? (though the piano is rather faint) and like so many pullen-adams shows, the energy just bleeds right through in any case.

covers were in the seed i downloaded; don’t know if it was by bluenote2005 or the original seeder.

fantastic schedule coming up all this month at arthur’s blues & jazz, in the heart of the liberties here in dublin.  i’ve a lot going on too, but just have to make more time than normal for the trek down to thomas street.  (i generally walk in, around 40 minutes, so when i say “trek”… ).  if  you’re in town, you should check it out, along with (on sunday nights) the fascinating shows that  the dublin jazz co-op organizes at the workman’s club, down on the quays. 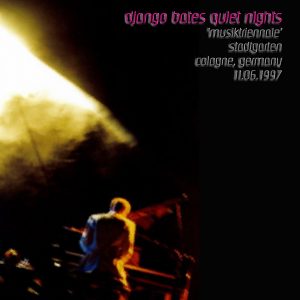 i was listening to part of this the other day and noticed it was a duplicate — but the “duplicate” turned out to be (almost all of) the rest of the show. so here are the two halves, in flac format with replay-gain. researching this, i discovered (a) someone else did this too (but i don’t have that version) and (b) that version includes an encore. if that more complete version floats across my horizon, i’ll grab it but in the meanwhile…

all tracks: as above for 1xx or 2xx > foobar200 (add replaygain as a single album)

comments
the encore, a reprise of speak low, is missing.

a complete version of this show has been seeded on dime, including the encore. see details of torrent
475596 by ‘fbauer’, below [in the info file, that is! — pete], which is a similar joining of two incomplete broadcasts. i’ve put the two
parts that i have in the same order, which makes sense (but which i don’t actually know is the right order).
within each source, the tracks are in the order originally broadcast.