here’s one from the nrk archives, and a video to boot.  this is a phenomenal video (except for a short glitch in the middle), so i’m making an exception to my ‘no videos on account of they’re too large’ for the moment.

note:
– this was also seeded on dimeadozen (torrent #556735), but this .flv file was
downloaded directly from the nrk.no website, not via the seed on dimeadozen.
– as noted on the dime seed, ‘the abrupt interuption of tv translation is between
00:32:59 and 00:35:34 during “what i say”. a part of don alias conga solo is
missing.’ from the way the picture & sound fade back in, it looks like a problem
with the original recording &/or transmission. i’d like to remove that 2-1/2
minutes, but don’t know how without transcoding; maybe someday.
– setlist & line-up are from the dime seed, which took it from the peter losin site

this is one of only two shows by hannibal that i’ve downloaded, the other being from 1976, in new york city.  there’s a lot of energy in this show, then the last song (or, at least the last in the recording anyway) is very calm, really brings it down.  btw, the sample below is just that – the first 6 mins of track 2.

i’ve moved a lot of the .zip files to filefactory.com, and will be moving more later.  i’d be interesting in a bit of feedback on downloads from there.  my experience is that it works fine, but as expected it’s both a bit of a bother (so many banners urging you to join) and a bit slow.  but, i think, probably a bit more reliable than this was getting, as they were throttling my downloads from time to time. 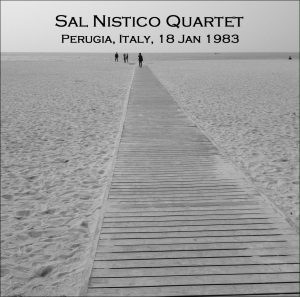 after listening to a lot of sal nistico on the complete bee hive sessions from mosaic records, i thought i’d share this show from 1983.  very good recording,  great show.  i re-shared this on dime last november, having originally downloaded it when diego60 shared it back in Sept 2010. 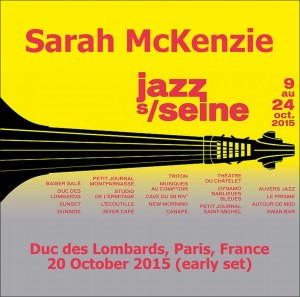 well, here’s someone who’s albums i’m buying on my next cd purchasing bing.  and this is a good recording — an fm grab of a superb performance.  go see her shows, buy her cds — sarah mckenzie is great!

i spent some time trying to identify the songs, but for three of them i was completely unsuccessful.  any help appreciated.