here’s a quick shot o’ the holiday season for you.  the ever-fun pee wee ellis!  exceptionally, i’m uploading this in both flac and mp3 (cbr 320kbs).  enjoy. 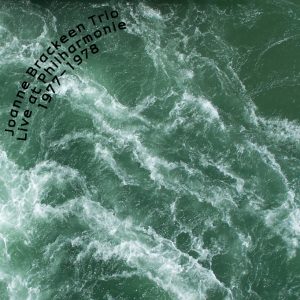 these two shows by joanne brackeen are from successive berliner jazztage.  the pieces are mostly original compositions, with only 1 piece (haiti-b) repeated over the two performances.   i don’t have much joanne brackeen, and mostly from that period, which was a spectacular one for her. 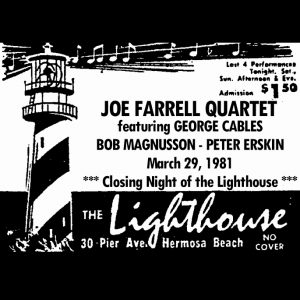 here’s a show by joe farrell (from the original return to forever among other things).  it was the last performance at the lighthouse, a long standing jazz club in california.  great show, and a super recording.

according to bob rosenbaum’s website, this “was all captured on tape for a radio broadcast which never materialized.”  i do not know if this was from that recording, but it seems a reasonable assumption.

original seeders comments:
i received this tape back in 1982 from the same guy who did the art pepper interviews i seeded awhile back. he was friends with the soundman, and received a 1st gen tape, so mine is 2nd generation. i don’t believe this has ever circulated. the lighthouse was a landmark jazz club for many, many years. i hope you enjoy this…the closing night performance of this legendary club.

joe farrell is one of the forgotten artists of the 60s, 70s and early 80s….he was an original member of return to forever, but is most known for his albums on the cti label. a good listen here, with a wonderful rhythem section will be an eye-opener to many. 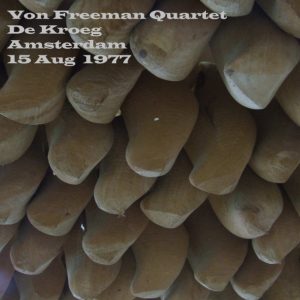 well, i still felt like a bit of von freeman and, great as the tommy flanagan shows were, there wasn’t a lot of von freeman in it, was there?  so here’s a two day run in amsterdam from 15-16 aug 1977 (from an ubu seed on dime in 2009, which i’ve also reseeded there a little while ago). 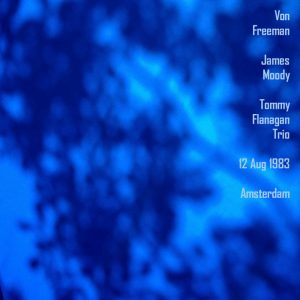 before the sets with guests, the trio had their own sets. dutch radio broadcasts: all three
concerts were recorded and later aired in more than 10 separate broadcasts. radio announcements
by the late michiel de ruyter.

these were originally seeded in 4 separate seeds on dime: all the trio tracks of the three
successive nights in one separate upload of the tommy flanagan trio; and a separate seed for
the performances with the guests on each night. (the trio seed included “like someone in love”,
set 2 track 8 above, as it featured only the trio.)

this has been repackaged to present the entire performance from 12 aug 1983, with set 1 by
the trio, and set 2 by the trio with von freeman and james moody.

these notes have largely been copied from the original seeder’s notes.