i was looking for some bessie smith the other day.  don’t actually remember why, probably a singer in a show i was listening to said that the song was originally done by bessie smith.  anyway, so i went onto the internet archive to see what there was to see (or hear, as it were).  after flaffing my way around a number of collections of .mp3 copies (and not very good ones, sometimes, but that’s a different discussion), i stumbled across the astounding “the david w. niven collection of early jazz legends, 1921-1991”.

this is a seriously large amount of sometimes very old music.  i’ve listened to a number of the cassettes, and the format is mr. niven giving some introductory comments, and then playing a song; another comment, another song, etc.  the comments are sometimes very interesting, and the passion behind the effort to record so many tapes really comes through.

each tape (or set of tapes) is devoted to a single artist.  for example, bessie smith, which is most of what she ever recorded (not all, though, i guess mr. niven didn’t have all bessie’s recordings).  or take the the ben webster tapes, which i’ve also been listening to.  mr. niven stays focused:  it’s not everything ben webster ever played on.  for example, from his years with the duke ellington band, only the songs where ben webster solo’ed are included.

the tapes have each been transfered to one .wav (or sometimes .flac) file per tape-side.  so there’s no tracking.  i’ve tracked a few things, and plan on tracking more.  i’ve created a permanent page on this blog with links to the selected internet archive pages from the collection and pages with tracked versions of recordings from the collection.

just to get you started, here’s a link to search the internet archive for the niven collection:
https://archive.org/search.php?query=”Niven%20Collection”%20AND%20mediatype%3Aaudio 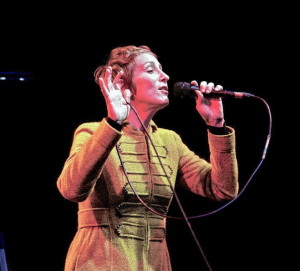 i have a few concerts by stacey kent, all of which are excellent, but this one particularly struck me.  most of the songs are from her 2014 album “the changing lights”.  i didn’t realize that the lyrics to the title track were by kazuo ishiguro… didn’t even know he wrote poetry or lyrics (as may be), but when i looked it up, turned out that they posted the lyrics to all the songs on that cd up on facebook.  and there it was.  actually, he also wrote the lyrics to “the summer we crossed europe in the rain” and “waiter, oh waiter”.  i also didn’t know that a lot of the songs are composed by her husband, jim tomlinson.  when did i stop reading liner notes?

anyway, it’s a great concert.  and stacey kent has a lot of shows coming up.  not around here, unfortunately… mostly around western europe + a few days in the us & canada, including 5 nights at birdland in nyc (!).

well, after that last post i took a bit of a breather.  but now it’s a new month, so maybe time for some new music up here.

there was a period around 2 or 3 years ago when i played this show in my car a lot.  noticed it on the hdd this morning, when i was randomly looking for something to play… so here it is.  i got this when jazzrita seeded it on dime back in mid-2009.

i have shorted the applaus a bit, because now the item fits on one cd!!