i’ve been listening to the piece by piece series presented by the improvised music company (imc) and triskel.  i’ve been to a number of performances put on by the imc, which i have enjoyed immensely, and these friday concerts are a nice alternative right now.

piece by piece is “a weekly sequence of online solo performances… featuring leading irish improvisers”.  see imc’s piece by piece webpage for links to the performances (all on youtube) and to reflections by the artists.

improvised music company is a music promoter for jazz and ethnic music, and a resource for musicians in ireland.
triskel is the triskel christchurch /arts centre in cork city.

imc and triskel are committed to paying professional fees to artists for their work. If you can help them to continue to support artists in this difficult time, please donate the price of a coffee at https://ko-fi.com/improvisedmusic

if you’re looking for something a little different, check out the krzysztof penderecki page on ubu web, where there are a number of pieced by penderecki, including his to the victims of hiroshima among a number of assorted tracks.   it’s a fascinating site, where you can easily lose yourself in the huge amount of film, music, writing and what i’ll unfairly just lump into “other stuff”.  to get you started, there’s a handy top-ten page, with a lot of different people have listed their “top 10” selections. 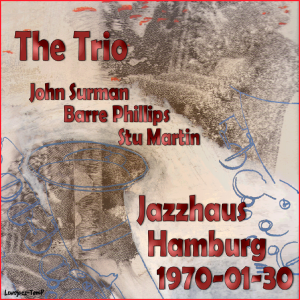 after listening to this yesterday & this morning, i was thinking of uploading this show, but found that it is already available at galatabridge, a monographic website that

if you like john surman / the trio,  well, you’ve probably already found the site.  if you are less familiar with the trio, then head over to galatabridge and have a listen to this great show by the trio, from jazzhaus, hamburg germany, in early 1970.

cover by lewojazz, included in the dime seed in 2016