well, it’s been far too long without posting something with the word “groove”.  cooked up a nice dinner and afterwards was listening to this.  from downstairs, the family shouted “stop tapping your foot!”  ’nuff said, here it is.  over dinner, we were listening to corcoran holt (who i saw recently playing with kenny garrett in madrid), which my daughter put on thinking it might be classical.  won’t be fooled by a double-bass on an album cover again, i expect.

a great recording and a killer setlist. a few minor sound issues: about 1:29 into saturday afternoon there was some electronic mayhem, perhaps a cable being wiggled. it’s been cleaned up substantially. rahsaansong has about 2 minutes of very light static, perhaps from an earlier eac, which i spent a few hours cleaning up. the really offensive stuff is gone, but once you get started there’s always another tiny tic to remove, and if you listen closely you may still hear it. but, overall, not a big deal.

as for so many musicians i like these days, dime was my introduction to ambrose akinmusire.  the line up is what his website calls his “extraordinary working quintet”.  websites are so prone to hyperbole, but this is a fantastic group, and trumpet, sax & piano is wonderful & versatile combination.  these fm recordings from sunside are generally excellent, and this is no exception, including minimal dj voice-over (often a problem with french radio). 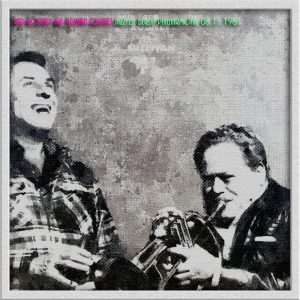 i was setting up this posting last week in madrid, but didn’t finish it.  so, a week later… from a posting on dime last december by ‘unclewolfi’.

here’s a nice show by a piano trio from poland, that i was listening to the other day.  i’ve been kind of “off” piano trios for a while.  but… having liked it enough to copy it to my (still trusty) usb drive for the trip, i thought why not upload it while i have a few minutes?  this was u/l’ed by ‘ealfons’ in may 2012. 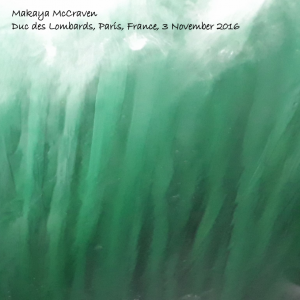 well, this finishes (?) an unintentional run of shows from duc des lombards in paris.  this show by makaya mccraven is a little different than the last two postings here, more improvisational.  and having marquis hill on trumpet is a real plus.  see also this posting of a marquis hill show with makaya mccraven on drums, a nice counterpoint to this show.

the new york times had a good review of a makaya mccraven show (from a few months earlier, with a slightly different lineup) that touches on some of his techniques, and this show has a few comments on the same (just before a great cover of miles davis’ shivad from “live evil”).

‘elgaucho’ shared this on dime a couple of days after the show was broadcast.

in madrid for a few days, i was lucky enough to catch the kenny garrett quintet at clamores jazz.  i’ve not been to clamores before — actually, i associate it more with clubbing (which they still do there, starting late & ending early, natch!) — but i quite liked the place.  i was a bit taken aback at 9pm to find myself just about the last person in the door for what turned out to be a 10pm show; i’ll be there earlier next time, and dinner be damned.  anyway, it was a great show though all i had to record with was an android phone (no it’s not really listenable, thanks for asking).  sometimes, k.g. reminded me of a younger pharoah sanders; googling today, i see that’s not just me (1) (2).  pharoah sanders was one of my favorite musicians at one point (and i’ll always have a soft spot for his music), so that added a bit of a kick to the show.  (i’ve only seen p.s. once, at the cork jazzfest a bit over a decade ago.)  the music in the last half hour didn’t really do it for me, though i must say kenny garrett knows how to get people up out of their seats — the energy when he switched from jazz to (i’m not sure what) kept me there.  and a long show, too:  i left after 2 hours, and they were still at it.

bottom line:  liked clamores, loved kenny garrett.  i’ll be back, and hope k.g. will as well.