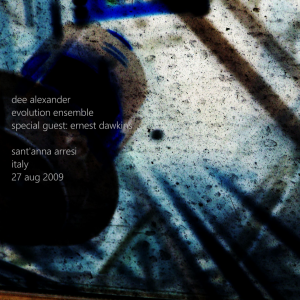 i’m still only listening to the first half of this, haven’t gotten to the second half with ernest dawkins, but (despite having no memory of this show, much less the 2nd half) am uploading it anyway.  it was shared (and maybe recorded?) by ‘jazzrita’ in early sept 2009, which is a pretty good lineage. 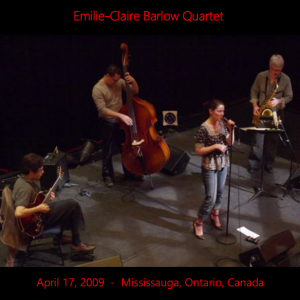 here’s a very cheery show from almost a decade ago.  this performance was just after the release of “haven’t we met”, presumably part of the tour to promote that album.  this was shared on dime in mid-2011 by ‘plaz_restore’.

there is one little glitch, a 9-second clip from a comedy skit in the middle of track 8, that sounds to me as if it’s from the original broadcast.  i think you’ll enjoy this anyway!

in 2008, emilie-claire barlow took home the award for “female vocalist of the year” at the (canadian) national jazz awards, and this year [i.e. 2011?] she was again nominated in that category. emilie-claire’s performances have been featured in movies and in television series. as a busy studio singer and voice actor, she has been heard on numerous commercials and you can hear emilie-claire in several animated television series. she has released several successful cds and in march 2009 she released her latest studio album, “haven’t we met”.

cbc radio two’s ‘canada live’ was at the rbc theatre in mississauga’s living arts theatre to capture emilie-claire’s performance along with reg schwager on guitar, mike murley on saxophone and ross macintyre on bass.

i think that i don’t like the organ, and then i pull a show like this out of long-term storage while loading up the usb drive for a trip.  this great show was shared by ‘frekem’ in sept 2010.

the closing concert of the international jazz festival amsterdam (de meervaart), sunday september 29th, 1985. dutch radio broadcasts: the whole concert (over one and a half hour) was recorded and later aired in separate broadcasts.

music really does pass down through families, as this show by rené mclean, son of jackie mclean.  musical families, theatre families, etc etc.  mclean really seems to stretch his legs a bit on this, just taking a run at what he wanted to play.  it’s really nice, and must have been mesmerizing in person.  that can be a bit dangerous sometimes – your mind starts to drift, your eyes close…  – but there’s no falling asleep with this.

this was shared around a year ago on dime, and i’ve redone the info file based on comments on the dime tracker.

2018-08:
new info file created with additional details from tracker comments by justplainhip, when seeded
on dime in july 2017 by cosmicchucky

i’m on a little mini-break, this august bank holiday weekend, and am feeling great between the break, seeing old friends, the amazing weather, etc etc etc.  the trusty usb drive, however, is gathering dust at home as i forgot it.  fortunately, a rather embarrassing number of usb “thumb” drives in the car manage between them to have something to play, including this extremely good show from 1966.  i downloaded it 5 years ago this thursday, when jazamo reseeded it on dime.  comments below are jazamo’s to which i have nothing to add.

jazamo show notes 8/9/2013:
i was listening to this the other day, just a fantastic set! classic stan in the bossa nova era, add to that the sweet vocals of astrud gilberto, early gary burton, & legendary drumer roy haynes, wow! great sound and performance, this re-broadcast show is re-seeded it’s original mp2 format, nothing touched, and micro-sized to fit any dime ratio (even the spank-ees). all praise goes out to the original seeder hamhen for his perfect capture, and as always your comments are welcome!

did i mention it sounds great? i have seen only one other show from the bossa era for stan (other than his commercial releases), and that one (jazz door carnegie hall 1964) didn’t include astrud gilberto. she has had very few show pass thru here, all have had weak sound quality. this show was recorded at the end of the bossa era, as stan would go on to a new quartet with chick corea a year later. thanks again to hamhen for his fine capture.