this ended up here sort of backwards.  i’ve flagged the occasional show as for sharing here, and feeling like listening to something that i’d be sure to like while demuxing a few more videos, i filtered the list for those shows and picked one at random.  it’s a little gem of a show, with ray brown’s very solid trio and the added spice of three guests.  so of course, i’ve ended up posting this here instead of demuxing.  ‘ladyface57’ shared this on dime back in august 2011. 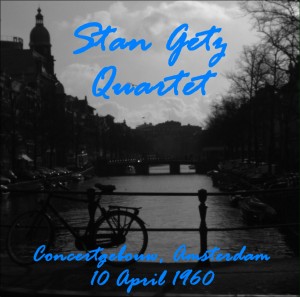 i was listening to some stan tracey earlier today, until i put on a show with some bad distortion.  so i moved up the alphabet to stan getz and hit paydirt with this show from april 1960, in amsterdam,  that ‘frekem’ shared on dime back in oct 2010.  stan getz died back in 1991, but his daughter apparently maintains a website – check it out.

original seeder comments:
as a closure of the so-called vara jazz week, “norman granz jatp presents the poll winners” concert packages took place in 1960 in the netherlands, both in the scheveningen kurhaus (set of evening concerts, 9 april) and in the amsterdam concertgebouw (set of after midnight concerts, so 10 april).

concerts of peterson/getz/miles (performing in that order) were broadcast live from scheveningen (miles) and from amsterdam (peterson). the amsterdam concert of getz was taped to be broadcast on a later date (because at the time there was no permission for live broadcasts after 1 am!).

the present tracks are from a re-broadcast i’ve taped some five or so years ago. i kept the opening and closing radio announcements by bassist hans mantel.

sample: t6 spring can really hang you up the most.mp3
download: StanGetzQuartet_1960-04-10_Concertgebouw_Amsterdam.zip (filefactory)

i just reseeded this on dime, after a 7 year gap (i got a copy when “ricola” uploaded it in october 2007).  i was listening to it yesterday, and just had to post it!  the show was recorded almost a year after the oscar peterson trio (same lineup as here) lp “live and at its best”, a period and a lineup that really had all the cylinders firing.   and, being taped from fm, it’s a super recording.  it’s fairly long too, around 1:45… so enjoy

here’s a very small, old and good little piece that’s been sitting on my hard drive since jan 2012.  charlie parker and dizzy gillespie from december 1945!  and the sound is really good too!  wow!  maybe it’s time for more old bebop…

i remember back at the university of virginia, wtju had a weekly show (for a while, as with all college stations) “doctor bebop”.  played great tunes and had a fantastic (scripted) patter between tracks. “… i’m going to lay my racket edgewise to tell a green man something, even for the unbooted these issues cover all tracks…”  i had a couple of his shows taped, listened to them for years.  remember cassettes?

“dr. bebop back after that”

original comments:
dig it, daddy-o! this is a holy grail! it’s hard to believe that something as critical, classic and timeless remains
one very rare recording. it’s beyond me why this was never scooped up by a major offical record company,
such as blue note or verve.
a complete and utter shame! anytime dizzy and bird played together, there was magic.
this also is blessed with being the time when bebop was young, and very fresh, at the time of this recording.
then the serious kicker that it has excellent sound quality.
much better than even studio recordings of the time!
this material was only issued on a few lps over the years, of which none of which were offical release.
it’s only cd issue of thus, that i am aware of, was on stash’s “complete birth of the bebop.” it’s that which this is taken from.

u014945’s “sound improved” comments:
as stated in the original notes below the sound was already very good
just a bit ‘dusty’ so i used a cep utility to remove pos and clicks and
after that i had only to remove several clicks per track

i have also divided mc intros from tracks so that those, (like myself) who don’t like
listening to people shouting before tracks ,
can leave such things out.