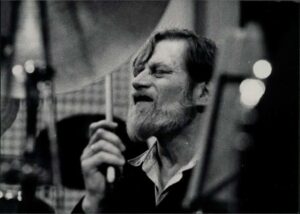 with radio studio recordings, i sometimes wonder to what extent a performance’s length was set by the show’s time slot.  not that all venues & performers don’t plan or expect how long performances will be; of course they do, but that’s a bit different.  if it’s a live broadcast, i assume the show and the performance have generally been fit to each other, like a recent live broadcast on rté raidió na gaeltachta (though it ran a few minutes over).  for broadcasts of shows in other venues, i pretty well assume the show has been trimmed, if not re-arranged to boot for reasons best know to the producers.  but studio performances like this… i like to think the band kept on playing, if they were in the mood.

photo:  a (apparently) stock photo of joe nay, from the internet.  also the only photo of him that i could find.