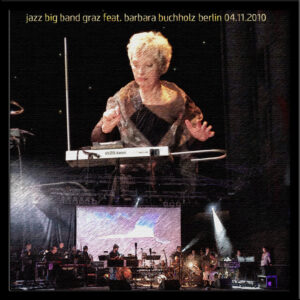 i was listening to a solo performance by pamelia kurstin on theremin & electronics (while excellent, following it with some latin jazz from poncho sanchez helped me decompress).  but what other performances featuring the theremin might there be lurking and overlooked, like so much?  this is one of two shared by unclewolfi, four or five months ago, the other being a show by the max nagl ensemble earlier this year.

aside from today’s theme — the theremin, in case you’d missed that — this also has heinrich von kalnein conducting.  i’ve always had a soft spot for him, since seeing him in new delhi back in the late 1990s, which was a real breath of fresh air for all of us, figuratively — even then, delhi’s pollution was pretty bad.  (see? your mother was right, a good first impression…)  somewhere, i think i have an album of his that i bought at the show, but a quick search of my cds didn’t turn it up.

in addition to the theremin, there’s an interesting selection of instruments that i don’t see, or notice, in jazz lineups very often – the lap steel guitar (and why not, actually?); the electric hurdy-gurdy (i’m torn: does hit remind me of baseball games, tawdry beach boardwalk arcades or merry-go-rounds?); and the e-zither and the bassoon (i’m impressed someone plays both).  whatever, it works really well — another ‘breath of fresh air’ from hvk!

all of the tracks also feature on jbbg’s album urban folktales, recorded in mid-2011.